The Sound of Music

Our resident blogger Vanessa Pope on wedding music, to do lists and the realisation it’s only 7 weeks to her wedding!

As the weeks gallop by like an overexcited donkey, Mr Brady and have decided we’ve put off the wedding nitty gritty long enough. You see, we get on really well for really most of the time. There’s not much to argue about when you find yourself consistently too lazy to raise your voice. “Game of Thrones?” he asks falling into the sofa – a clear indication that our wedding “still to do list” will remain “still to be done”. “Grand job”, I answer. What can I say folks, laziness likes company!

I have this pig in my kitchen, not an actual boar you understand but a chalk board on which I write things of apparent importance – such as the countdown to our wedding. Written on it now is the rather startling “7 Weeks!” See how I put an exclamation mark to make it seem urgent and everything? It’s not working. Game of Thrones is over – but Netflix is working fine and dandy! 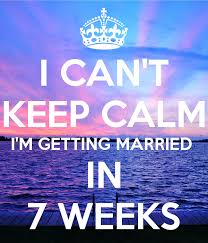 You see, one of the remaining tasks is of course one of the most contentious – the decisions regarding music. While we wholly agree that ‘Game of Thrones’ is fantastic and ‘Orange is the New Black’ is more addictive than Pringles, what we can’t agree on is that Avicii is utter rubbish and Marilyn Manson rocks! In case you’re wondering, I’m the reformed goth and Mr Brady is the pop diva! It was obvious right?

So, when it comes to selecting the songs we want to hear from our DJ, we were both certain a few (light hearted I’m sure) disagreements would ensue. We were very, very right. Mr Brady and I have tastes in music that could be described as less chalk and cheese and more a cow standing in a field and an astronaut in outer space. My ears prefer loud, angry music – the shoutier the better. I also love old seventies and sixties rock – if they were wearing flared jeans when it was recorded, you can bet your bottom dollar I’ll love it. I also, rather bizarrely love myself a bit of folk.  Mr Brady is a more recent kind of man. He likes his music contemporary and poppy. If it hasn’t been on the radio in the last week, he’s forgotten about it. I don’t envy our poor DJ! 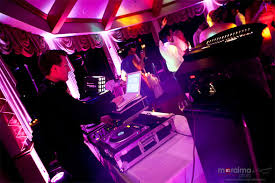 But as wedding jobs go, this one had to be done just like the rest of them so down we sat with YouTube nearby and set about beginning our list. An hour and a half later and the only thing we’d accomplished was the beginnings of a “heated debate” over whether a song by Nine Inch Nails called “Hey Piggy” sets an appropriate tone for a wedding. You (and our parents) will be relieved to know I lost that argument.

So we battled on and began to form a list that read like a pick n’ mix of musical nonsense. Did I mention that besides my love of industrial rock, I also love musicals? Wouldn’t say no to a bit of ABBA! Yes, I know I have issues. 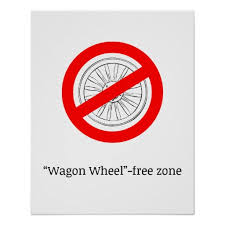 For a while, we were able to save disagreements by agreeing wholeheartedly on what we definitely don’t want to hear at our wedding. You guessed it, him and his wagon wheel were number 1! I read somewhere about a man who took to smashing his neighbours windows over a period of incessant wagon wheeling. A tad excessive maybe – I would have gone to the source of the awfulness – the stereo itself! There aren’t enough words in the English language to describe how much I loathe that song and yet it remains a wedding favourite! Maybe that’s a Donegal thing?

Once we got started on the “no list”, the while process became a lot more fun! You know you’ve found your soulmate when you can come together in blind hatred over Smokey’s “Living Next Door to Alice” or indeed “anything by Garth Brooks”. Friends in no places more like! We’re also not fans of people singing about their summers – in 69 or any other year for that matter. Oh and that child? I don’t care how sweet they are or how nice their hair smells, we’re just not interested in hearing about them again – now jog on!

So there you have it! It’s all about finding common ground folks – Mr Brady and I found ours in ear pain and once we had laughed ourselves giddy about what we didn’t like, we found it a lot easier to allow each other’s clearly disturbing music taste go unnoticed. Yes, I know he likes a bit of Katy Perry but sure I’ve agreed to marry him anyway – because he’s agreed to do the same – even though I am at heart still a rock chick!