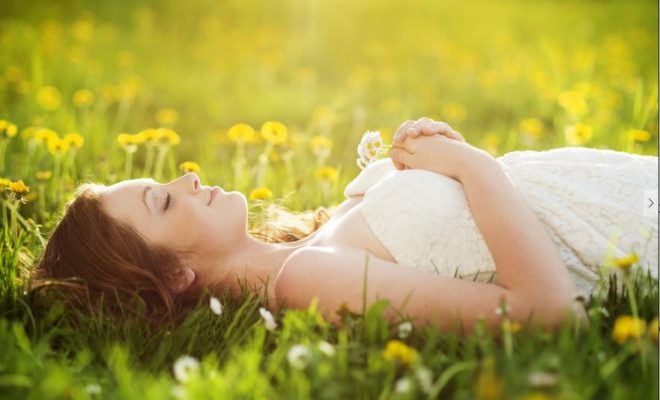 Are you a stressed bride? North-West Brides blogger, Vanessa Pope has 4 weeks to go and along with the is questioning her stress levels as well

As the day of my nuptials rapidly approaches, I am finding myself tackling the same question again and again, “are you feeling the stress?” It’s a complex question and one that has several surprising after effects. Let me explain: firstly, my answer to this is as automatic to me as scratching my nose when it’s itchy, “no, not at all, sure I’m as relaxed as a pig in…in a nice cozy blanket,” let’s say. Keeping it classy over here at North-West Brides!

Now that answer or variations of it has been rolling off my tongue as handy as you like and it is only recently I’ve actually stopped to ask myself, “wait a minute, am I stressed?” My first answer is a resounding no. Everything is done, more or less. What’s not done obviously wasn’t important enough to be done, so that’s grand and at the end of the day, it is only a wedding and sure if I was stressing about a fancy party, I’d have to tell myself to cop on, surely? Any more laid back and I’d be unconscious see? 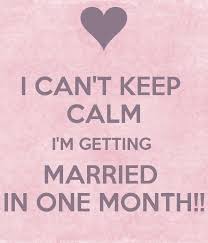 It is assumed a bride-to-be should feel like this…

It is true however that my first thought of the morning is now the wedding wherein it used to be breakfast. It’s also true that my last thought at night is also the wedding when it used to be….breakfast. So clearly this shows that despite my determination not to worry, I am thinking about the wedding a lot and so I must be stressing. But I don’t feel worry or panic. I feel nerves, yes but those are a different kettle of sausages. I’m nervous about the aisle walk, I’m nervous about messing up the vows, I’m nervous about bursting out laughing in the middle of the whole thing and being forcibly ejected by the priest. The things all brides worry about, you know? 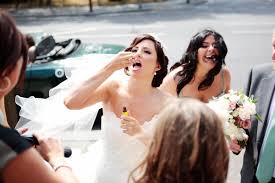 Rescue Remendy at the ready

These nerves I’m handling quietly and in my own head and of course on this blog, which let’s face it is the best place for them. Stress suggests a more outward handling of proceedings. Screaming at postmen for not returning those last few RSVPs for example – he has them he just won’t give them to you!! That’s stressing and that I don’t feel I’m experiencing just yet. But people keep asking, “are you stressed?” which leads me to wonder if I SHOULD be stressed. Maybe, because I’m not crying myself to sleep over flowers or throwing tantrums in public places, I’m not “doing weddings right”. But I want to do it right, I wail and before you can say “have a wee word with yourself Vanessa” I’m stressing about not stressing and that’s just plain silly and not very Vanessa like at all. I’m really not deep enough for that….stuff, let’s go with stuff.

So now, I’m lying. “Are you feeling the stress?” they ask. “Oh yes,” I reply with glee. “I’m so stressed I don’t even know what to do with myself. Last night I brushed my teeth with Veet and this morning I did something unspeakable with toothpaste. Stressed out? You betcha”. Yes, my pants are most definitely on fire, thank you so much for inquiring. 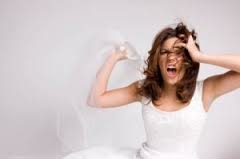 Pretending you are stressed is the socially acceptable route

It strikes me that past brides take a lot more satisfaction in getting a ‘yes’ to this question than they do a ‘no’. Not in a really nasty, wanting bad things to happen to me kind of a way but in a ‘ha! It wasn’t just me who turned psycho’ kind of fashion. You can almost catch the sideways glance at the husband that says ‘I told you so, you….nice man”. Let’s go with nice man.

I shouldn’t be so smug. It could be that it’s just too early and that the stress I should and will be feeling is in the post headed right for me. That and the RSVPs I’m still waiting on I do hope! Overall, I’m feeling quite calm. Things are booked, times are set and whether everything on the day runs as it should is up to the Gods. My own reaction to the proceedings is in my hands though and that I do feel a little stressed about. There I said it. Like the band and the florist and all the other suppliers that hold my little day in the palm of their hand, I’ll be placing my nerves in the hands of Moet Chandon and Bach’s Rescue Remedy. Oh and I’ll be partaking in several massages during which we’ll talk about the lovely weather and hopefully she won’t ask if I’m stressed! 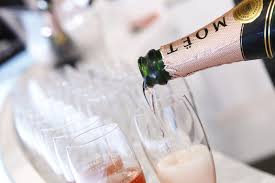