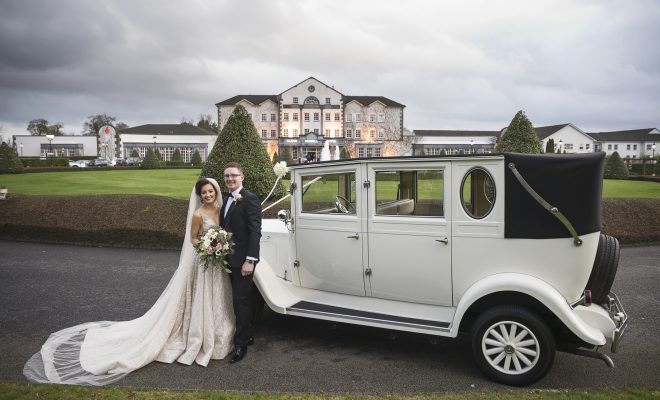 The sparkling dress of her dreams, perfect winter weather and a wonderful Mass gave Leonia Mimnagh a magical wedding day – and the best possible start to the New Year. The Tattyreagh woman and Stephen Quinn were wed by Father Connelly, Father Hasson and Father Sweeney in a glitzy ceremony which took place at the Sacred Heart Church, Omagh on December 31, 2018.

The new Mr and Mrs Quinn’s wedding reception was held at the renowned Slieve Russell Hotel in Cavan, which boasted beautiful grounds and a relaxing atmosphere. 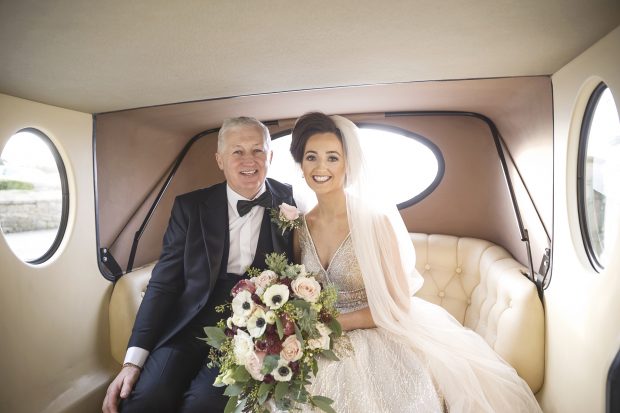 Leonia, who teaches in St Mary’s Nursery, Killyclogher, first met Stephen, self-employed at SLQ Plumbing, at the ‘Hooley In The Valley’ festival in Augher in August 2013. The years passed, and in August 2016, Stephen asked Leonia to be his bride in scenic County Clare, and gave her a beautiful white gold, pearshaped diamond engagement ring.

“To end the summer holidays in August 2016, we had arranged a weekend break with friends to Westport,” Leonia explained. “However, as I was just home from a family holiday in Italy, Stephen took Friday off work and we headed off to County Clare for an extra night. “We checked into our first hotel and then took a drive where we ended up in Quin Abbey where Stephen asked me to become Mrs Quinn!”

With the help of her mum, Mary and sisters, Leonia began planning for her New Year’s Eve wedding day immediately. “I wanted the traditional wedding, with a contemporary twist,” Leonia explained. “Our theme was unquestionably sparkle and shine. I chose the Slieve Russell Hotel to host our wedding as I always loved it, having attended weddings there in the past. “The grounds, relaxing atmosphere and reputation for wedding provision made it a simple choice.” 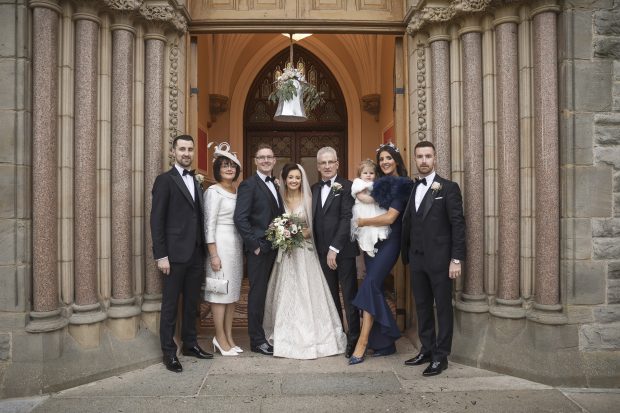 Mr and Mrs Quinn celebrate their wedding day with their nearest and dearest.

After months of searching for her gown, Leonia eventually found ‘the one’ in July 2017. However, she recalled feeling ‘gutted’ that she couldn’t afford to buy it, as at the time, she held no permanent teaching position. “So, my search continued for not only a different dress, but also for a permanent post,” Leonia described. But then, just short of half a year later, the bride-to-be’s fortunes changed – and for the better. “In December, I bagged myself a permanent post and the dress of my dreams,” Leonia smiled. “What a Christmas!”

When the blushing bride’s wedding day finally arrived, she recalled feeling both ‘remarkably calm’ and ‘excited’. “I felt no nerves – though I don’t think I can say the same for Stephen,” Leonia laughed. “And thankfully, the weather was perfect. It was very mild and dry, with a glimpse of sunshine.”

Whisked away to the Sacred Heart Church with the help of Glendale Limousines, Leonia said that her favourite part of the day was the wedding Mass. “I was so excited to talk to Stephen,” she remembered.

Later on in the day, the newlyweds unveiled their fabulous three-tiered wedding cake with a clock striking 12 at the top – a fitting decoration which alluded to the brand new year coming up, and the beginning of married life. The pair had booked Justin McGurk and The Boogie Men, and DJ MC Sounds and the musicians brilliantly kept the floor rocking until the early hours of New Year’s Day.

“I danced all night long,” Leonia said. “It was the best day ever. “I’d like to say a special thanks to our amazing families and friends for making our day so magical,” the 28- year-old concluded. 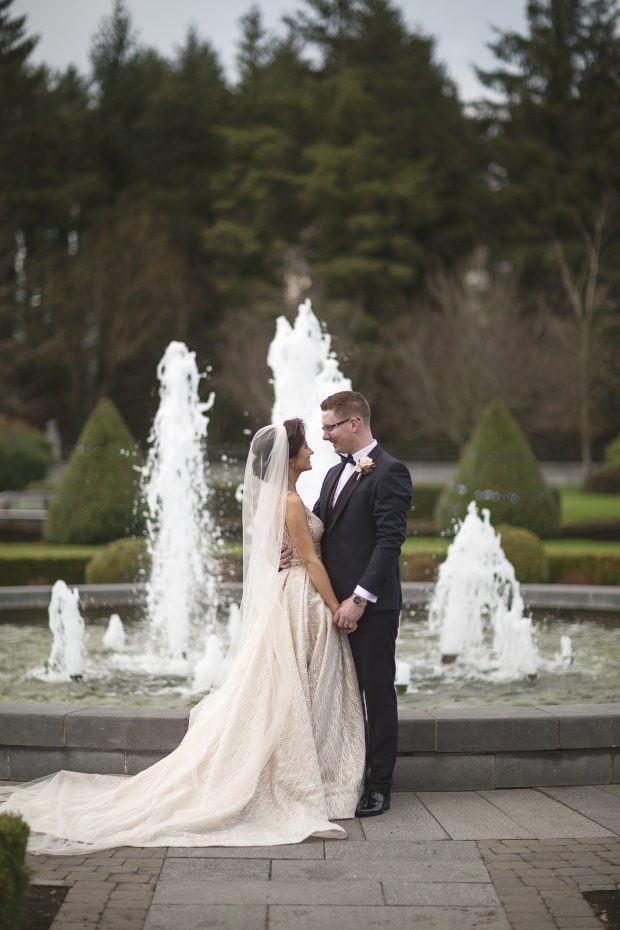 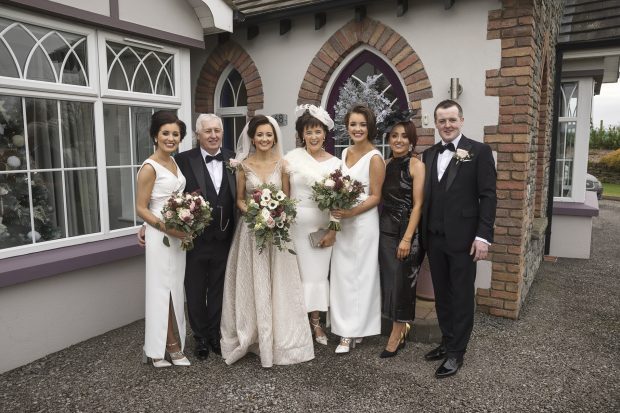 Related ItemscakeCeremonyengagementflowersmusicproposalreceptionringvenueweddingWedding dress
← Previous Story More Than Just Photos: A Guide to Choosing a Wedding Photographer
Next Story → Sunshine and smiles in Dromore as Emma and Bobby enjoy emotional wedding