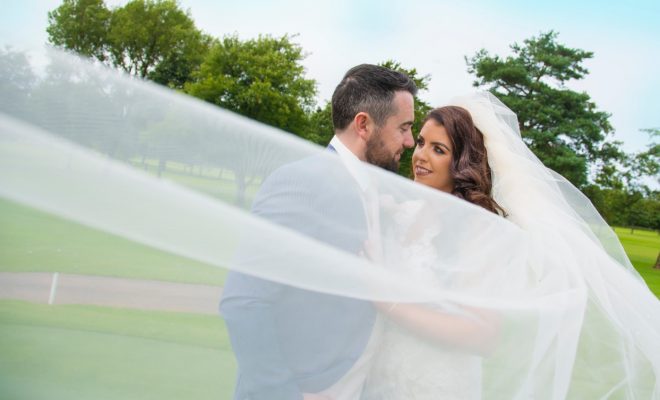 The September sun shone down on Lauren Patton and Conor Sharkey as they enjoyed a beautifully-traditional wedding in Strabane, topped off with a lively and fun night out in Donegal.

The pair – who are both from Strabane – were wed on September 2, 2017 at St Mary’s Church, Melmount in a heartfelt ceremony performed by Fr Michael Doherty.

Their wedding reception took place in Jackson’s Hotel, Ballybofey, Donegal – a venue they chose due to fond memories and good quality service.

The pair first met each other in the Summer of 2010 while playing golf – Lauren was 17-years-old at the time, while Conor was 21. It was in the Winter of that year that they began dating. 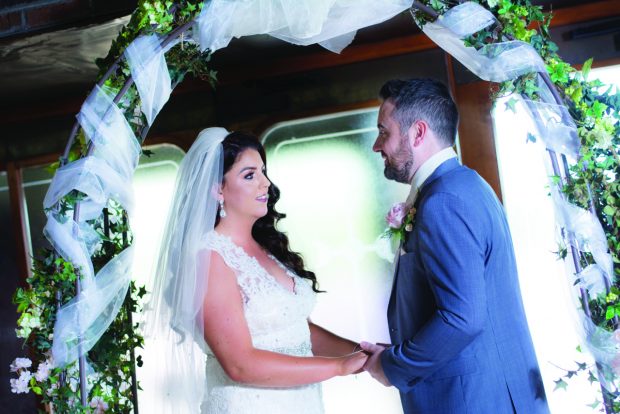 Just over five years later, Conor – an office administrator – asked the Strabane woman for her hand in marriage. The occasion was made even more special as it was Christmas Eve… and Lauren’s birthday.

“I was shocked and over the moon,” Lauren described. “Conor picked out the engagement ring himself. It was a white gold, square stone ring and I loved it.”

With a good idea of what they wanted their wedding day to look like, the pair got stuck into their planning straight away. “We just wanted a traditional family wedding,” Lauren explained. “We also knew we wanted everything to feature neutral colours.”

For Lauren, wedding dress shopping was something which gifted her “some great, yet some bad” moments. And even though it was such a mixed experience, the beauty therapist found her perfect dress in the third shop she tried – The Bridal Showroom in Derry. The fitted gown featured traditional lace and some feminine sparkles to complete the classic design. 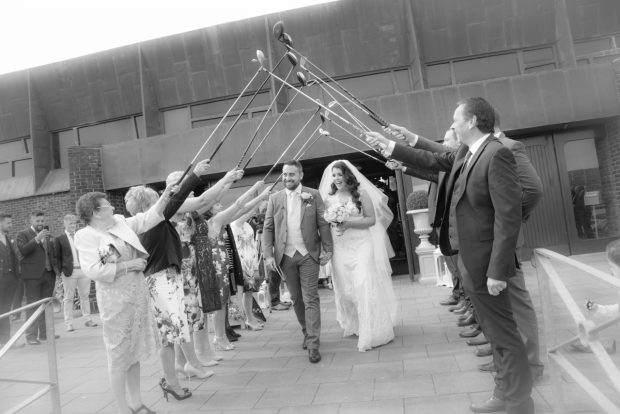 The new Mr and Mrs Sharkey are all smiles on their sunny September wedding day.

When Lauren’s big day arrived, she described feeling both ‘excited and nervous’ in equal measure. But happily for the pair, the weather was on their side. “The sun was shining,” Lauren reflected. “It was a warm, but windy day.”

The men arrived at St Mary’s Church in a limousine first, shortly followed by the bridesmaids who also travelled there in a limo. Slightly later on, the beautiful bride and her father, Kevin Patton arrived at the church in a lovely vintage wedding car.

For the new Mr and Mrs Sharkey, their ceremony was just what they wanted – traditional and emotional, with some funny moments thrown in as well. “Fr Doherty gave a lovely and heartfelt ceremony,” Lauren described. “When we were lighting the candles, Conor couldn’t get his lit because his hand was shaking… and everyone started to laugh!” 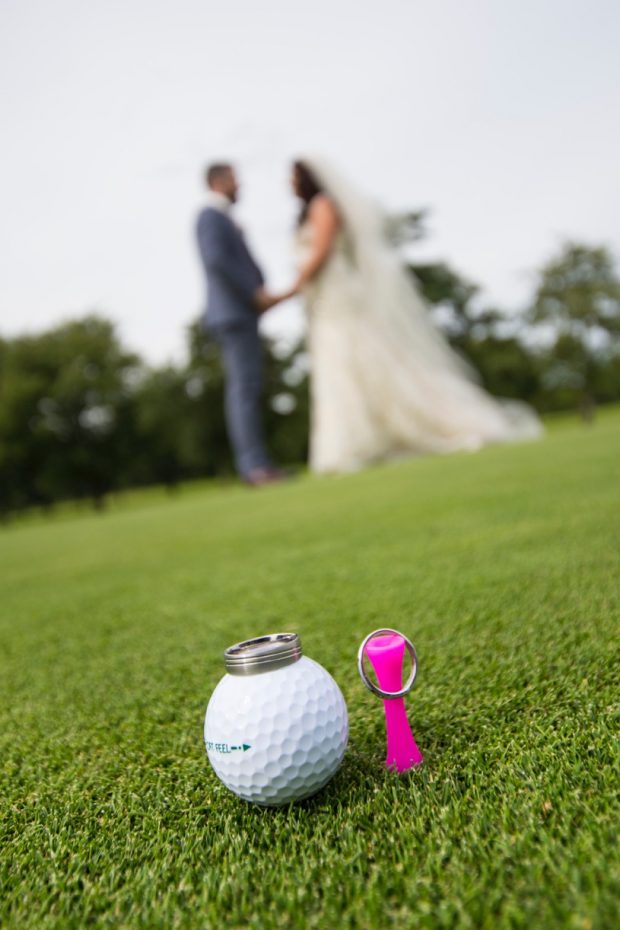 The 26-year-old added, “We invited 300 people to our wedding reception, and the talented Mr Men provided the band and disco. We stayed up dancing until 3.30am and everyone had the best of craic.”

She concluded, “From chatting to everyone after the wedding, everyone agreed with what we thought ourselves – that it was one of the most lively and fun weddings they had ever been to.” 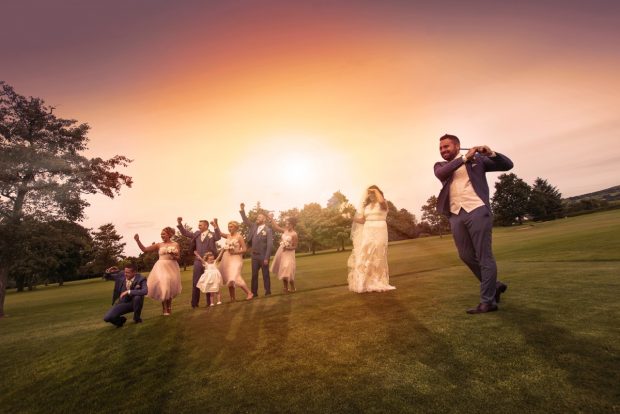