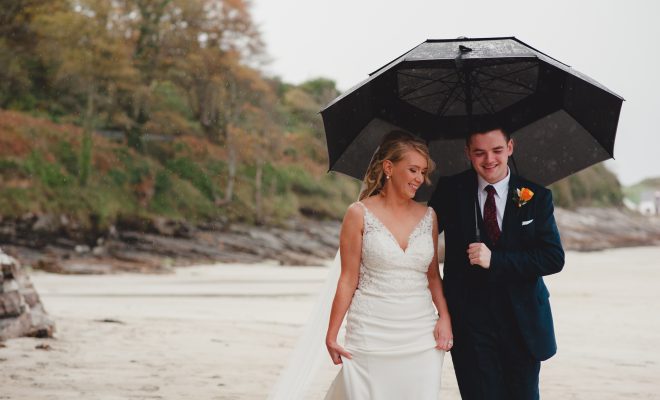 Autumnal colours give Bronagh and Niall a beautiful wedding day

A shimmering Irish beach cloaked in the beauty of the Autumn season provided the perfect setting for Bronagh O’Donnell and Niall Rafferty’s wedding day.

The pair were wed on October 21 at the Church of the Immaculate Conception, Altmore, Pomeroy in a traditional ceremony performed by both Fr Eugene O’Neill and Fr David Moore.

Their wedding reception took place at the Shandon Hotel and Spa, in Dunfanaghy, Donegal – a place chosen due its beautiful coastal location, amazing food and helpful staff members, particularly Robert and Carolynne who ‘couldn’t do enough’. 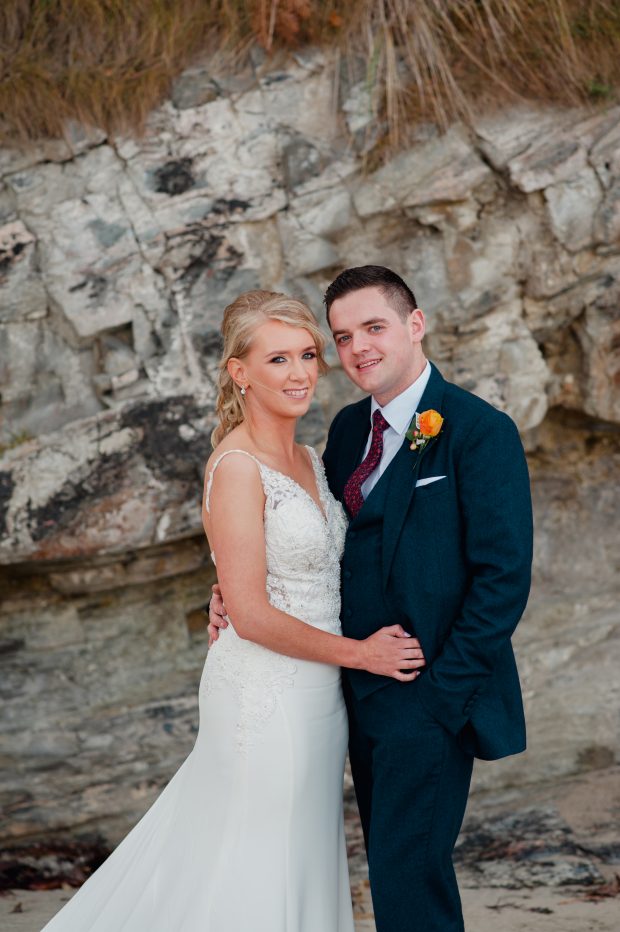 Bronagh, who is a construction buyer from Brackaville, Coalisland, first met Niall at a beach party in the Glenavon – just before it became Sense nightclub – towards the end of Summer 2009. “One of his friends had pushed Niall in to me, and we then got chatting,” she explained. “We began dating shortly after this.”

Together for seven years, it was on August 21, 2016, during a special holiday away to America that Niall, who is an electrical engineer from Galbally, asked Bronagh for her hand in marriage. “It happened to be my birthday during this time while we were at Niagara Falls,” Bronagh explained.

“Niall had the ring with him, but I had no idea. “He had it in his pocket at the airport, and lucky for him, I was selected for random security check. If it had been him, I would have seen it going through the scanner. “I thought he was messing about when he proposed because he always was,” she added. “I hadn’t a clue that it was going to happen.” 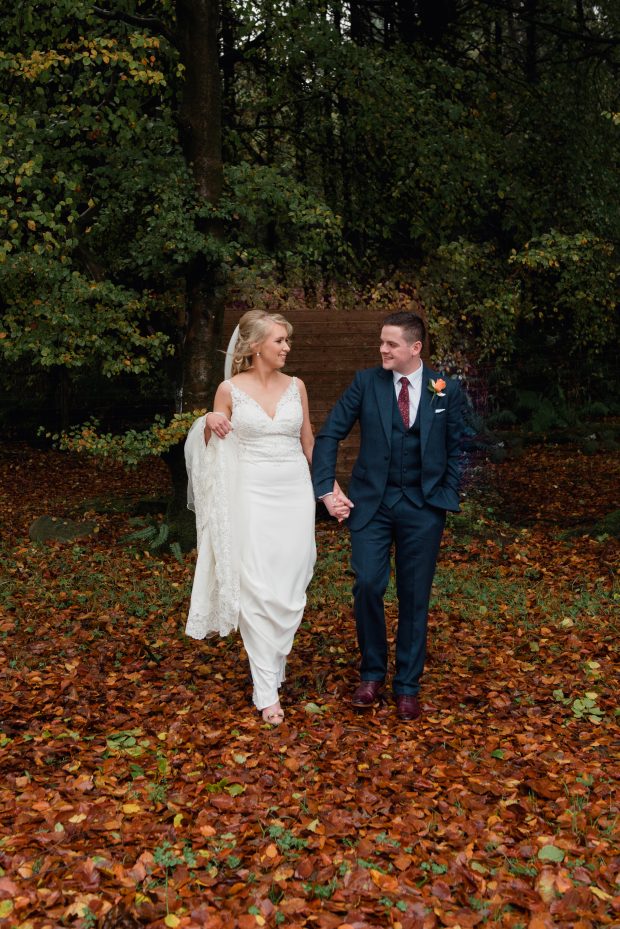 The new Mr and Mrs Rafferty enjoying the beautiful Autumn leaves on their wedding day.

The sparkling white gold engagement ring Niall had picked featured diamonds at the front and back, with a raised circular diamond in the centre. “I loved it,” Bronagh said. “I probably wouldn’t have picked one as nice myself. It also fitted me perfectly.”

Once 2017 dawned, the pair began planning for their traditional day. “We knew we didn’t want a long engagement,” Bronagh said. “We picked October for our wedding day as I have always loved Autumn, and the changing colours of the trees. “So it had to be at that time of the year. And we both love going for coast beach walks, so a trip to the beach for photos on our day was always in our minds.”

Bronagh admitted that while she ‘had no idea what to expect’ when it came to wedding dress shopping, she ended up loving the experience. Visiting just two shops, Bronagh found the dress she loved in Romantique Bridal, Magherafelt with the help of shop assistant, Marie. The fitted dress boasted a plunging back, illusion lace, and diamanté and pearl beading on the top. “I loved the chapel train and detail on the back,” Bronagh said. 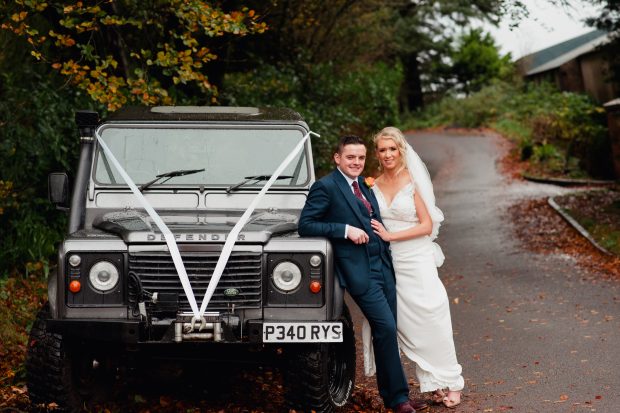 On the morning of Bronagh’s wedding, she described feeling ‘excited and calm’ and couldn’t believe her big day had arrived. Whisked away to the church in a classy limousine, the newlyweds-to-be enjoyed a traditional, music-filled service – and happily, the weather was on the newlyweds’ side as well.

“It was wet in the morning as Storm Brian was on his way, but as soon as we left the church, it had stopped and we were able to get pictures at the chapel and Marble Hill beach, just beside the hotel,” Bronagh reflected. “Even it had been raining, I was still going to the beach for pictures!”

And just before wedding band and DJ, the Bleed’ n Cowboys took to the stage at their Donegal wedding reception, the new Mr and Mrs Rafferty enjoyed a three-tier ivory wedding cake decorated with Autumn leaves… and a Land Rover cake topper just for Niall. “I loved every bit of our wedding day,” the 28-year-old concluded. “I would do it all again.” 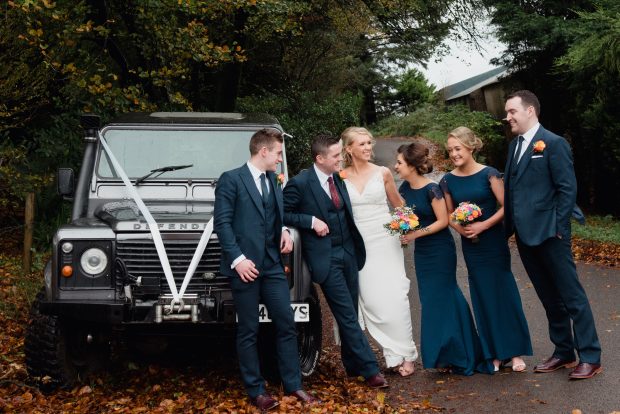